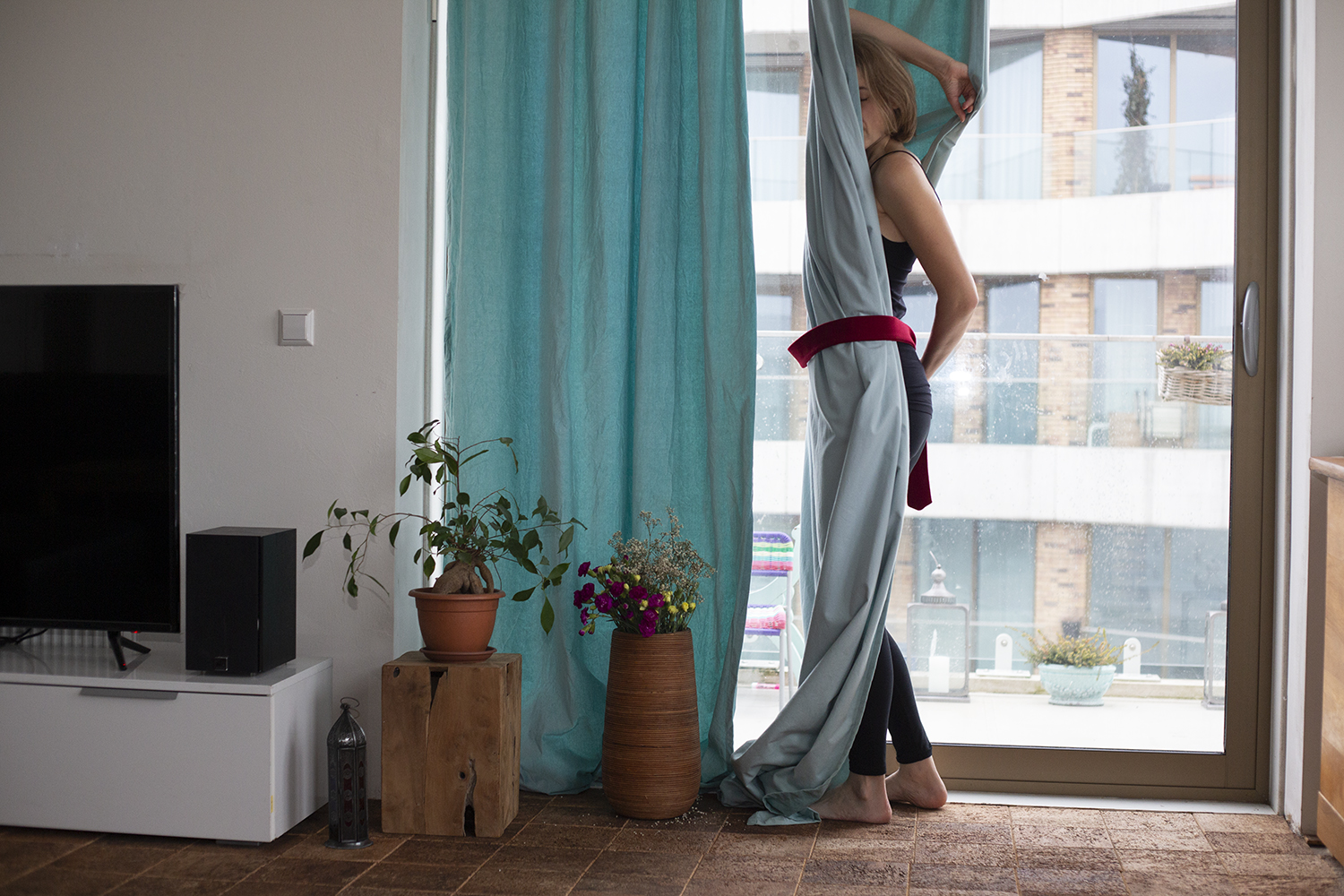 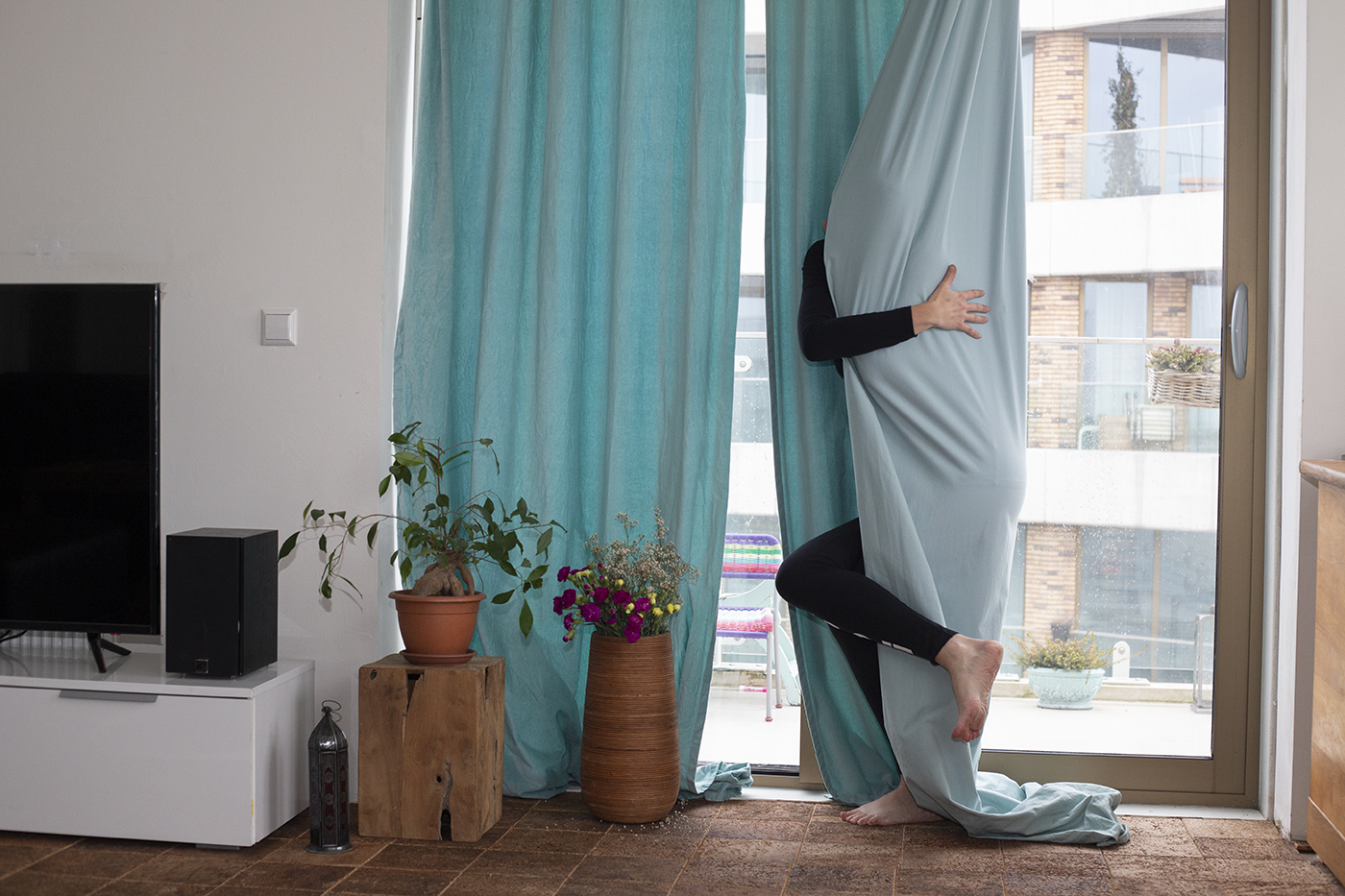 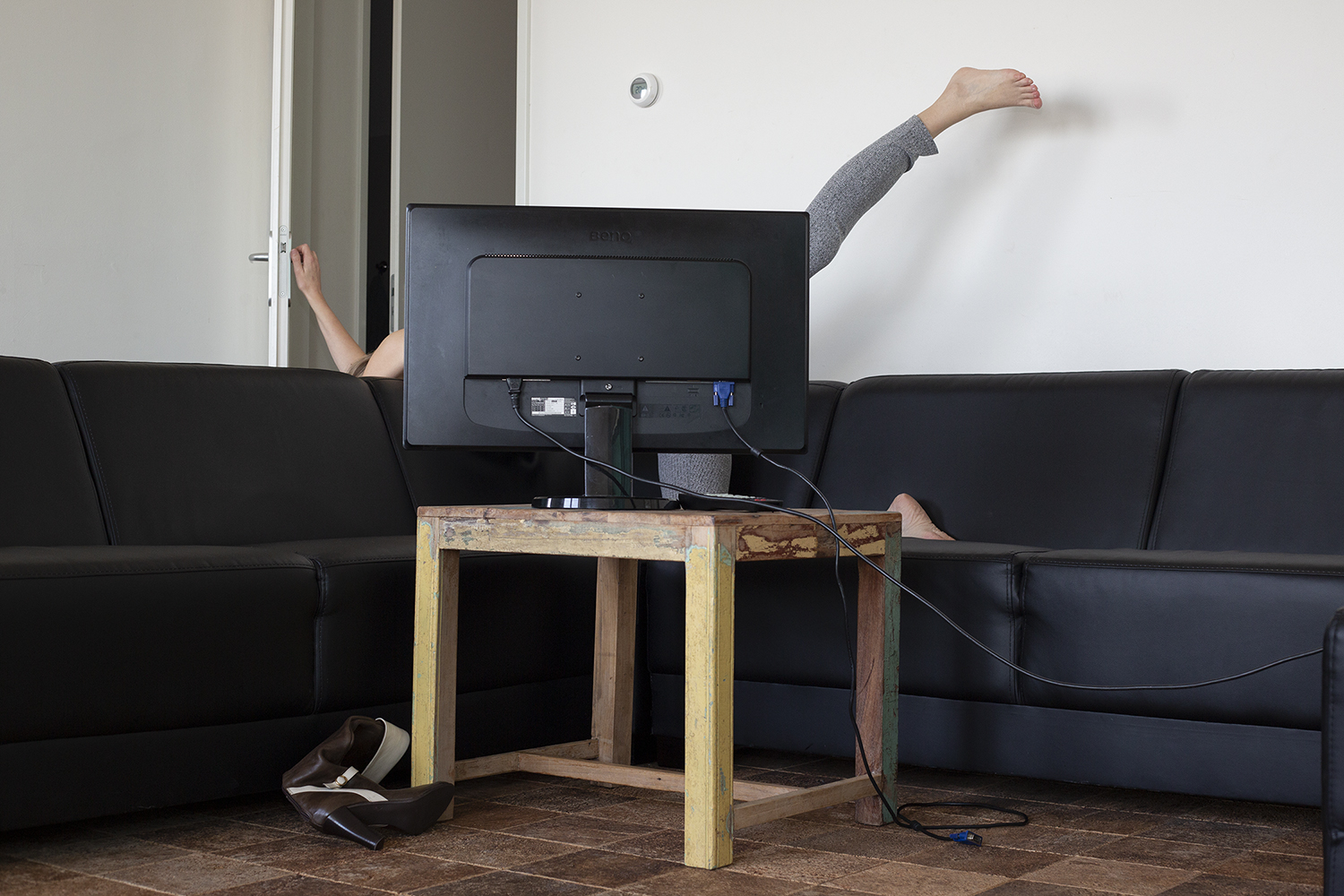 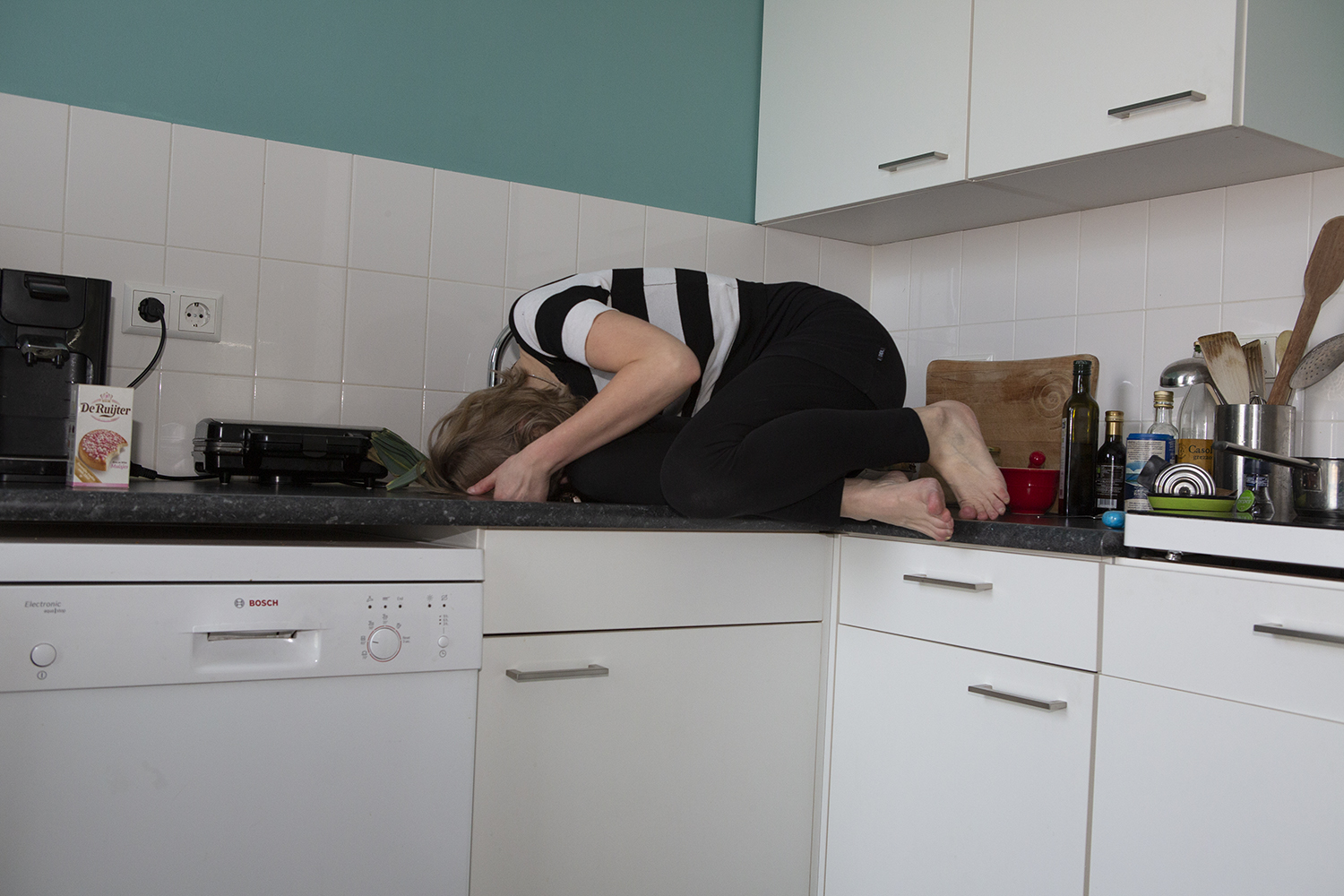 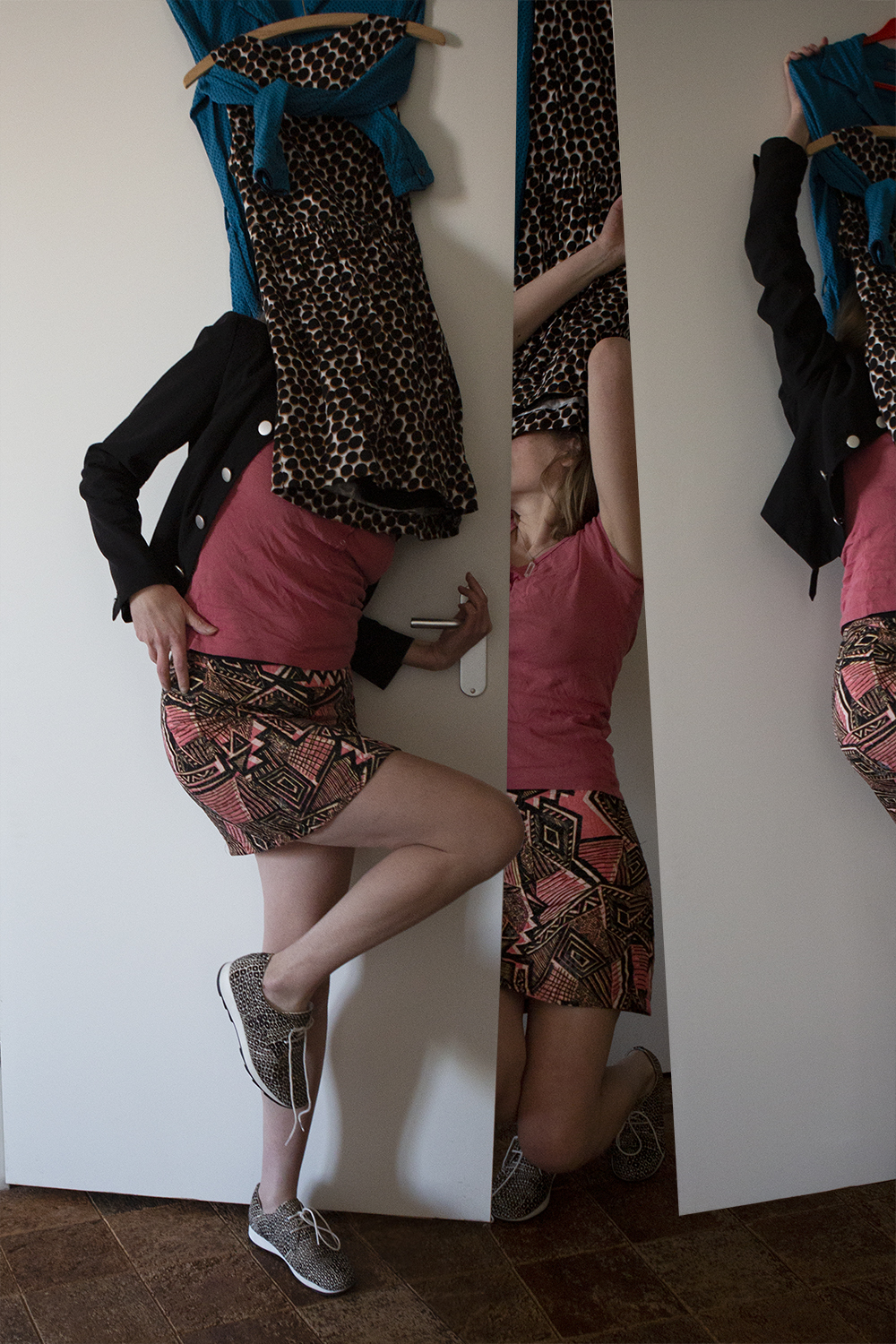 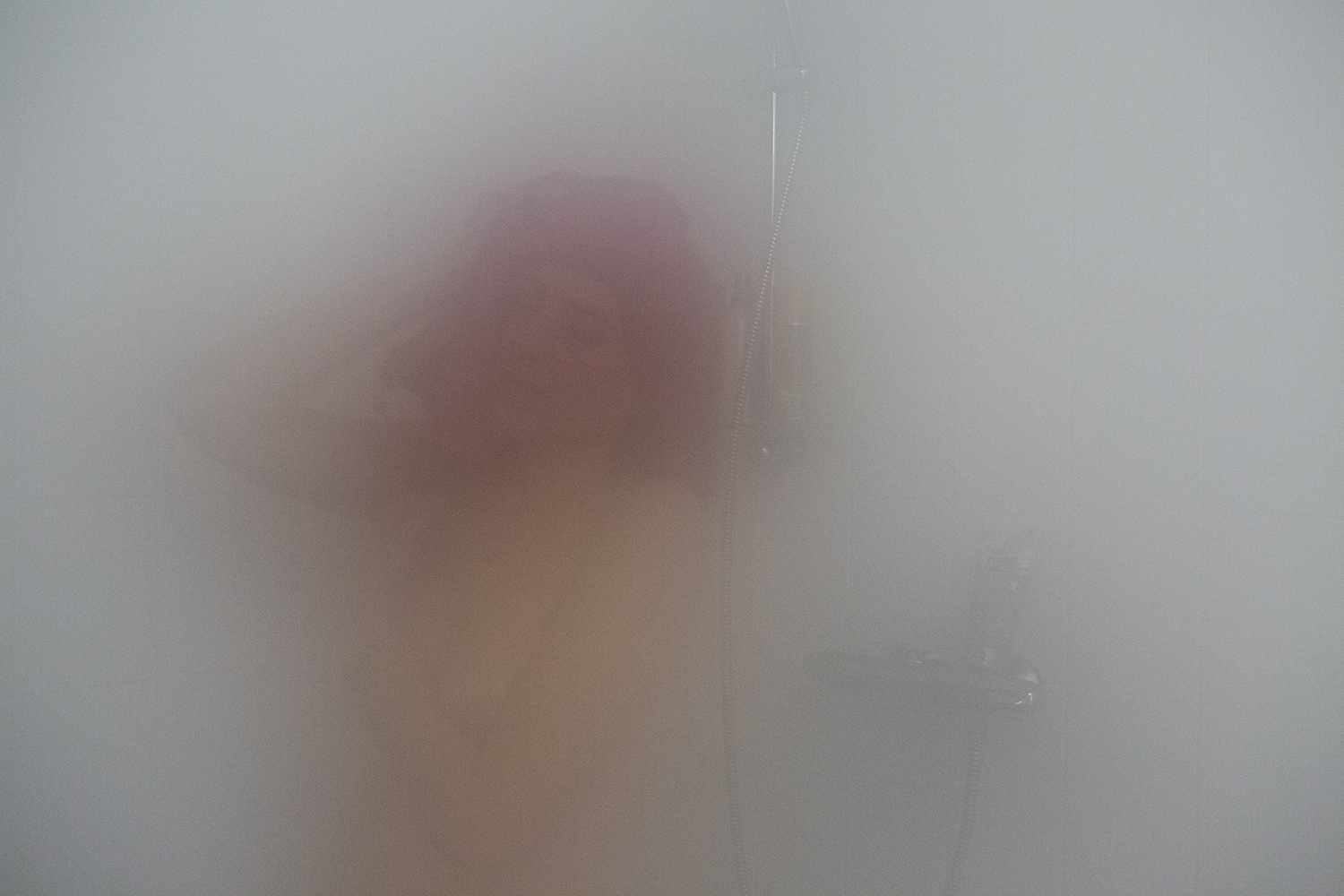 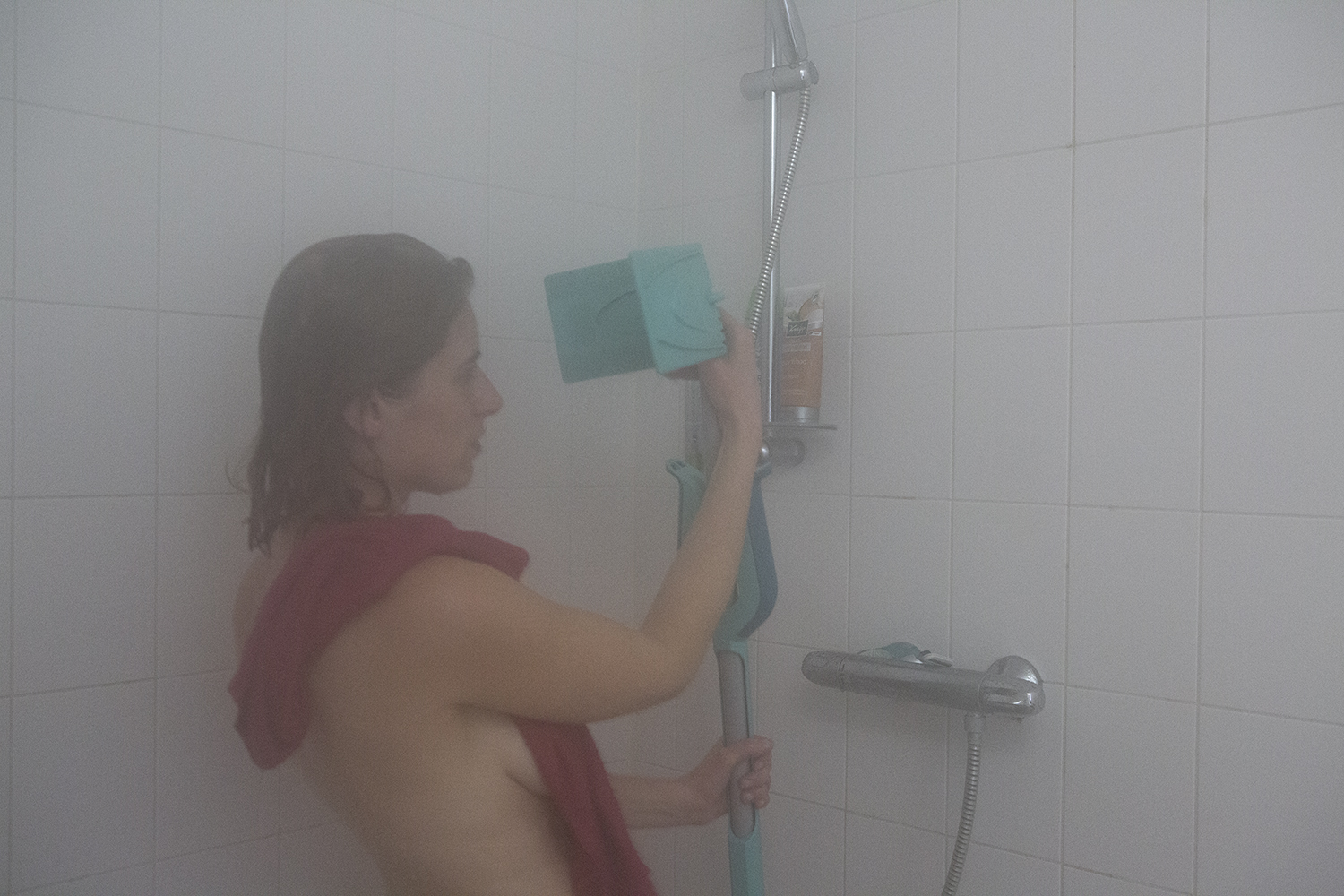 In this series I’ve re-shaped my conditioned mind as a (by that time) single working mum, within the domain of my home as a studio.

My role as an artist is entangled with my household and that of a mother and woman. Am I seeing through the fabric of a curtain, or am I hidden behind it? Cleaning, dancing, resting and organizing at home feels as natural to me, as a walk in the forest. It connects me to my heart, body and mind, where intention, dust, touch, move and scents co-exist in an emotional space with walls, doors, closets and transparent windows. As a (former) single mum, our house started to become a spiritual cube to me. It is were we’ve survived and learned to surrender and thrive, from within.

By exploring my natural connection to my home as an extension of Earth and its resources, I’m letting go of old patriarchal structures in which feminine senses and intuitive powers have been dominated or exploited (for the benefits of a power system). In fact I’ve talked to my shower and been drinking water as if coming from a well or source.

In the history of the Netherlands, a natural or spiritual connection to nature has been repressed by the institutional Church for centuries, whilst supporting economical activities and slave trade of the State overseas. A lack of sensual and free emotional expression has caused abuse of (so called) exotic women or even children, without a mutual equal connection.
Jesus Christ is an inspirational source of wisdom to me and it saddens me that violence has been normalized by former religious power structures.
I’d love to be proud of my culture and it’s religious buildings and past, but instead I (like many other women) have experienced enough to be aware of transformative lessons to be learned. I’ve reclaimed my truth by meditation and open prayer.

Nowadays, people tend to project a wild inner nature on (trans)gender diversity. Yet heterosexual mothers often remain ignored or invisible, because the debate about reproduction focuses on a lineair and statistic point of view, rather as the contagious power of love as a reproductive energy. And relationships built on free will and a symbiotic harmony.

Natural forces have first been rediscovered at home, to affect social and economical domains as well. It’s a subtle and playfully provoking process. Poet and Jungian psychoanalytic Clarissa Pinkola Estés describes myths and stories in ‘Women who run with the wolves’ [De ontembare vrouw].

Domestic Goddess plays with various interpretations of ‘the female archetype’ vocabulary. For people from western or market oriented countries this title might refer to a fantasy world or socially submissive status, defining the role of a woman or tasks in a household in a more less static way. Whereas in various cultures and beliefs a ‘family’ spirit is associated with social integrity or emotional responsivity and implements these qualities on a professional level as well. Nevertheless, this series isn’t about left or right, but about exploring the subconscious and act from that source in daily reality, within your community and living material surroundings too.